Breakfast at Nonna's. There were tater tots! 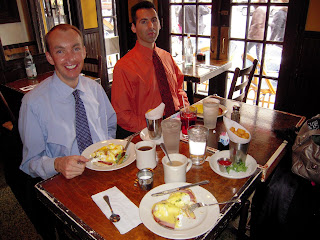 Then a trip to the Cathedral of St. John the Divine. One of many so-called unfinished cathedrals. 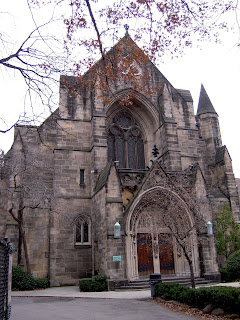 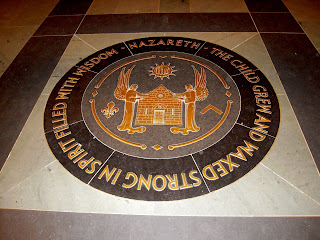 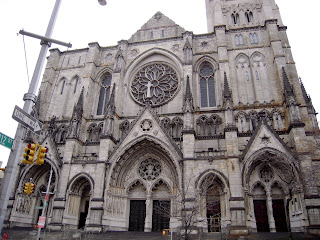 This statue outside was particularly creepy. 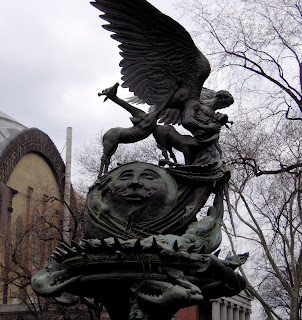 We went there because I wanted to see a triptych done by the late Keith Haring. After flirting a little with a construction foreman and following him through the areas of the cathedral that were still under construction, I was able to get a glimpse. It's behind an iron grate, so I had to stick my camera through and hope for a decent picture from quite a distance. 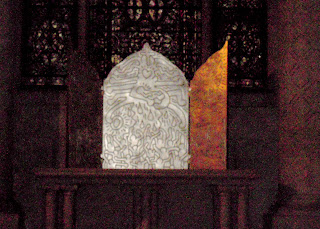 Then we went and saw the film "Milk" in Chelsea. Sean Penn was amazing in it.

En route to the subway, we saw the "Seinfeld" diner. 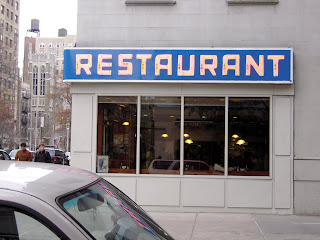 We went to Grand Central. 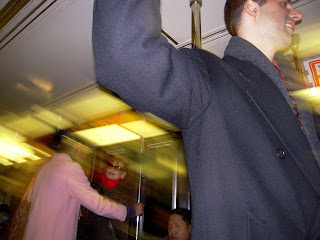 One of my tour books said there was a spot on the ceiling in the main concourse where, during a recent renovation, the restorers decided to not to clean, to show everyone how dirty the ceiling had been before. We found it -- near the crab, if you're ever there and care to look. It was too dark inside to photograph well.

Then we dashed over to Pier 81 for our dinner cruise! Anneliese and Shu met us there. The ship took us all around the harbor, lights from New York and New Jersey glinting prettily at us from the shore. We ate a wonderful dinner on board as we slowly made our way out to the Statue of Liberty and back. 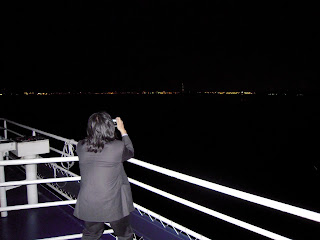 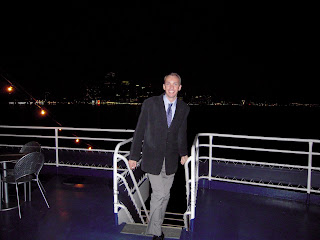 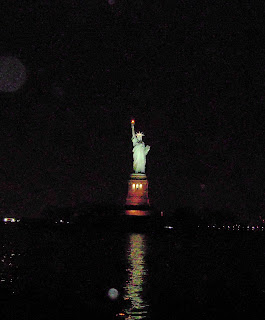 After dinner (and drinks) some folks started to dance. In the beginning, everyone was civilized enough. Then this lady took to the floor, and the tide turned. 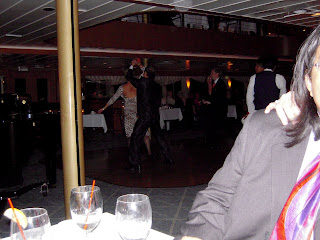 Once the music shifted from jazz standards to clubbier music, a group of about 15 single women who were visiting the US from Ireland took to the dancefloor. Wow. These ladies were something. Singing along to Abba and the Village People, doing that "lasso" dance move with one arm circling over their heads, they howled and wriggled and shook their considerable booties. 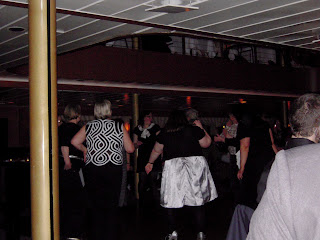 They were like the Ghosts of Thanksgiving Future -- single women, no families or husbands of their own to spend the holiday with, who get together and dance and party. It was terrifying. Eric was quick to tell me I'd always be with them at the table and not with other ladies on the dance floor, which was reassuring.

Anneliese and Michael got their grooves on as well during this little period. Michael to Tina Turner... 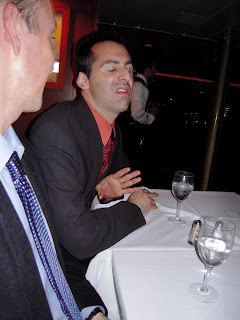 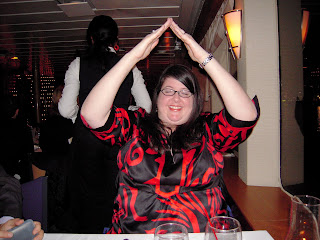 Labels: It was a great Thanksgiving