Tonight Capitol Ministries held its inaugural Minnie Awards. Minnies were given to state directors in a range of categories and based on a number of factors, both real and imaginary, as deemed appropriate by members of the Minnie Academy (whose members are, obviously, anonymous, as are their votes: we wouldn't want any wagering or coercion to go on). The trophies are intended to be perpetual, so the guys will need to bring them back to V&P next year so they can be awarded anew.

The CrackBerryCam was valiantly operated by Jenny Solomon during the festivities, as I was helping dig trophies out from under a paper table cloth/cloaking device -- since this was the inaugural awards ceremony, we wanted to keep things under wraps as much as possible. A word about the trophies -- they were very cheap and, in many cases, intended to be strange. Not unlike the Minnies themselves.

Onward to the show! Here's Sean introducing the concept to the state directors who, I think, didn't really quite get it in the beginning. They rallied nicely, though: 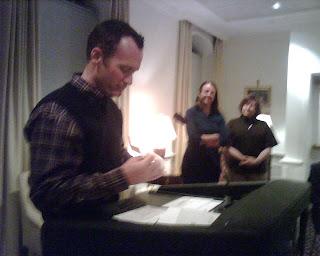 The first award recipient of the evening was Brent Alderman of Maryland, who won the Emailer Extraordinaire trophy. David's email address competition among the guys (which came to be known as The Race) was what started all this trophy-giving silliness in the first place. Brent is, as it turns out, very, very funny. And has lots of geeky friends to collect email addresses from. 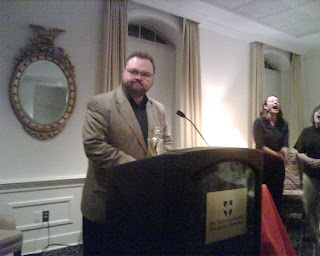 Next up, Jim Young from North Carolina who won Fundraiser of the Year. 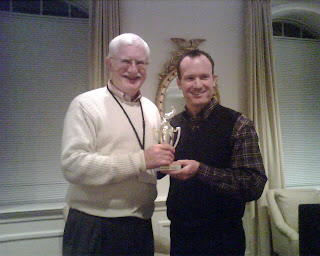 West Virginia's Tim Pauley was named The Groundbreaker for having advanced his ministry to local government folks... 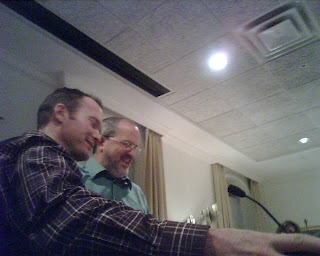 ... and David Andersen from Virginia received the coveted Dragon Slayer Minnie for consistently doing battle against The Fellowship. 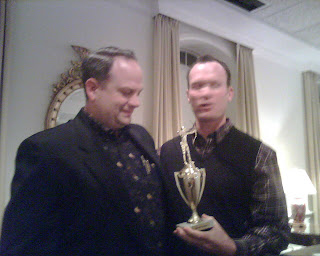 Here's Paul Meinsen from Missouri (whose Oklahoma State Cowboys had a bit of a rough go tonight) being named Rookie of the Year. 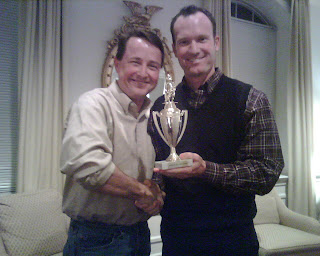 Jonn Paul, state director for North Dakota, was named The Overcomer for basically managing to stay alive on a multi-day hike. We're not going to discuss his trophy. 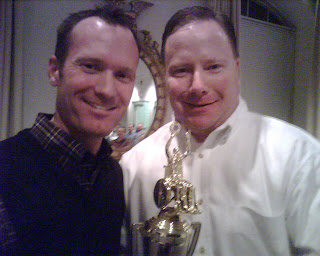 And then Dave DePue of Kansas received the Teachers' Pet award for being a generally sweet man who is always a pleasure to deal with. 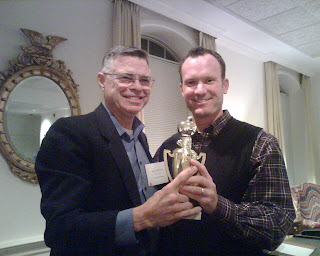 Last but not least, the Academy awarded Sean the Cash Cow trophy for his lifetime achievement with the Cow-A-Month program. He didn't know we were going to do this until David made the presentation. It's a little disturbing that the cow on top of his trophy looks like Baal, but it's not like we're worshipping it or anything. 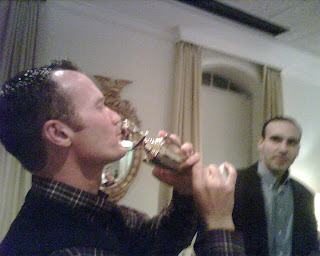 Labels: I think it's safe to say a good time was had by all