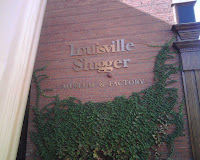 After a few hours spent this morning digging into CM policy and hearing Ralph preach on the "the five pillars," we broke for the day and took a field trip to the Louisville Slugger factory.

We piled into cars and vans (leaving Luciano behind at the hotel, as it turned out. whoops) and caravaned over about noon. We had quick box lunches on site and watched a short film featuring interviews with several Major League players talking about their experiences as power hitters. Then, it was on to a tour of the factory which was busily turning out bats, even on a Saturday.

Here's what greets you at the entrance -- an enormous bat. Even taller than Ralph, as someone said. 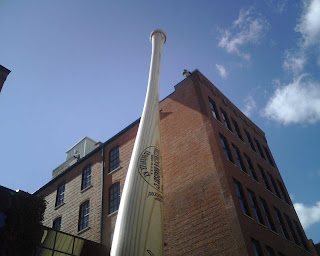 Here are Curtis and Luciano scarfing down lunch after Curtis drove back to the hotel to get him: 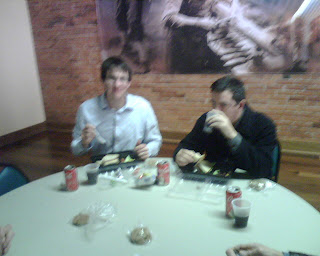 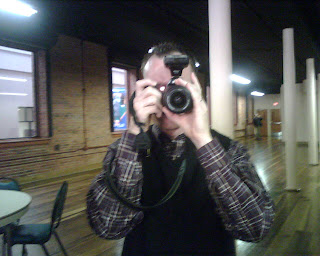 There's a wall of signatures of major-league players throughout the years who are under contract to Louisville Slugger. They actually cut the players' signatures out of their contracts to make the burn plates for bats. Here's one of my favorite player's signatures: 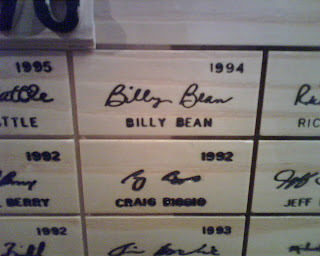 We spent a fair amount of time standing around, waiting for folks to get out of the gift shop or materialize for the film: 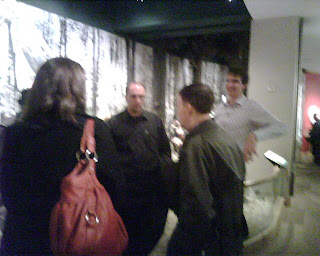 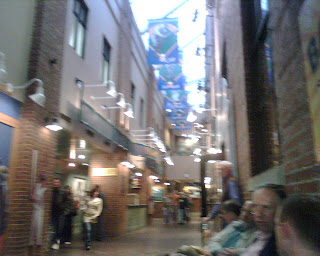 A few of the guys bought personalized bats for sons and grandsons. We all received small mini-bats after the factory tour and, eventually, made our way sleepily back to the seminary.

We have a few hours to ourselves before we gather at 5:30 for an hour of prayer, dinner and then -- the Capitol Minnies.
at 1:10 PM

Labels: We weren't allowed to take pictures inside the factory or presidential exhibit

WOW! THAT IS SO COOL!