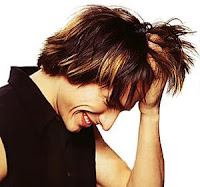 To: Douchey guy at SMF this morning
Re: You're a cautionary tale

How you, with the paunch and bad frat-boy clothes and, heavens help me, checkered Vans, managed to get the attention of the young woman you were seeing off this morning is a bit of a mystery. She was very pretty, in a quiet way, and seemingly smart, based on the conversation I was forced to overhear as you brayed your end of it at her like some kind of donkey.

Seriously, telling her she's prettier with her hair darker and "everyone knows it"? And that you know she can't go to Disneyworld but she "has to understand" that you'll just have to take someone else in her place? And promising you'll send her pictures? Lucky girl!

Four words: You have highlighted hair.
Five more: Sister, run like the wind. 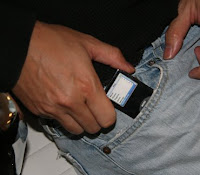 To: Douchey wanna-be rock star/college kid in Long Beach airport
Re: Please get over yourself

OK. The blingy Versace sunglasses (indoors) and omnipresent iPod I totally get. It's SoCal, baby. Or something.

But you have called literally eight people in the few minutes I've been nearby powering up my MacBook to tell them your flight number. Which you repeat digit by digit, as though they're learning impaired. Plus, you sing along to the Muzak and adjust yourself in your seat so abruptly every few minutes that the whole row of chairs bucks around. Never mind that you have taken up the seat next to you with two additional iPods, a BlackBerry and a concerning amount of gum.

Are you a rock star? A movie star? Perhaps just in your own mind? No idea. 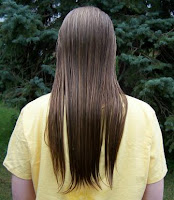 To: Douchey seatmate on flight to LGB
Re: I exist

Quit touching me! With your elbows and your purse and your seat belt (which you chucked over the shared armrest for some reason mid-flight) and your carry-on and YOUR HAIR, especially your hair, which you flung around like a horse's tail for most of the flight.

I feel violated. A little dirty. And fairly creeped out.
at 11:07 AM

I used to think 1st class was SO not worth it. I'm beginning to see the appeal...

Nora...I hate to admit it but today your misery has certainly lifted my spirits! Thanks for muddling through and taking us along! Hilarious! (as usual!)

too bad your mac doesn't have a printer...if it did, you could print out these memos and hand them to the perpetrators as you record their reactions.