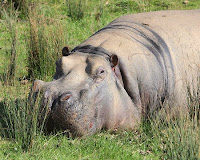 Yesterday was my first completely Topamax-free day -- and the first I've gone without some sort of migraine prevention medication in at least six years. Topamax has a long half-life, so I probably won't feel the full effects of being without it until sometime today.

The past nearly two weeks have been interesting in a lot of ways. I'd read that going off this medication was difficult, in great part because it's an anticonvulsant and acts (in part) on the frontal lobe of the brain. Along with doing whatever it did to my brain to supposedly reduce headaches, the Topamax is also somewhat sedating -- which was a good part of the reason I resisted going on it in the first place.

Weaning off the drug has left my poor nervous system without that protective covering of dopiness. Between that and the other chemical changes, I am jumpy and anxious. Like my nervous system is on the outside of my body. Some of this has come from being in pain as the drugs have worn off, but a lot is just plain old detoxing.

I know I am an excitable person by nature anyway, and this has served me pretty well overall. It's what helped me survive the grind of the legislative calendar for 12 years, got me through the nightmare of my mom's protracted cancer treatment and eventual death. I think it's part of what helps me be creative and funny.

It's like the medicine (or lack thereof) has taken what was an asset and turned it on its head, leaving irritability and crankiness behind. I pray this is temporary. I don't want to think I need to be doped to be fit to go out in public.
at 7:12 AM

Labels: I'm ready to be done with this

=( Praying for you, that His mercies would be very evident today!

My name is Maree Sneed and i would like to show you my personal experience with Topamax.

I am 27 years old. Have been on Topamax for 3 months now. Had severe debilitating migraines at least 2x a week. Had to stay in bed. I have a 7 year old. I was missing out on everything. Now I can get out of bed and get on with my day. I am down to maybe 1 migraine a month and it is functional not crippling.

I hope this information will be useful to others,
Maree Sneed