The latest from Wisteria Lane 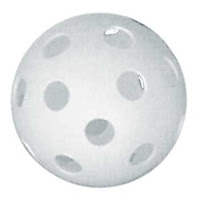 I have been home the last couple of days, weaning myself off the most recent failed anti-migraine drug. Going on the meds is always hard, but going off is definitely worse. I'm not going to lie -- it's been pretty rough. And if any of you hear me say ever again, "The doctor wants me to try a new preventative drug and I think I'm going to give it a shot!" you have my advance permission to smack sense into me or take away my prescription card or to otherwise take whatever steps are needed to intervene and make me not do it. Really.

But since the Legislature is, if not in formal recess, in sort of an informal stupor, I haven't missed much. And it turns out there are all sorts of fascinating goings on here in the neighborhood which I don't get to enjoy while gainfully employed.

For instance, the neighbor whose daughter stole my door mat and blocks me into my driveway with her car? Has apparently reunited with her husband. I know this because over the 4th of July weekend there was a giant WHOMP! sort of noise early one morning and, lo and behold, a semi dropped off one of those enormous rectangular container thingies people load their stuff in when they move. Except this one was refrigerated. (Why? Is there a moose or something in there?) Anyway, he and the rectangular thingy were both here through the long weekend. And now the container is gone but he's still here, with the Nickelback blasting. So, yay. A reunion.

The little boy next door who constantly screams continues to do so. His grandparents have been visiting so there's been lots of wiffle-ball-like behaviors followed by uproarious applause, and he's been screaming at them that he loves them, too, just like he screams at his mommy, so that's a really nice thing. At one point his grandmother said something like, "We are so proud of you!" and he screamed back, "I KNOW!" Ha.

Daisy's love of potato-based treats continues apace. I've made tater tots a couple of times over the last few days (potatoes + salt are something that's agreeing with my rebelling digestion), and both times I've caught her while they were baking licking at the opening where the oven door's hinge is and scratching at it. By the time they're out, she just paces and whines and snuffles 'til I share with her.

Labels: Try not to be too jealous of my fascinating life

hoping and praying it's getting better...slowly. and hey, I really like the new design/layout.

Your life (and your great writing) does make for entertaining blog entries. Your fans appreciate you :-)